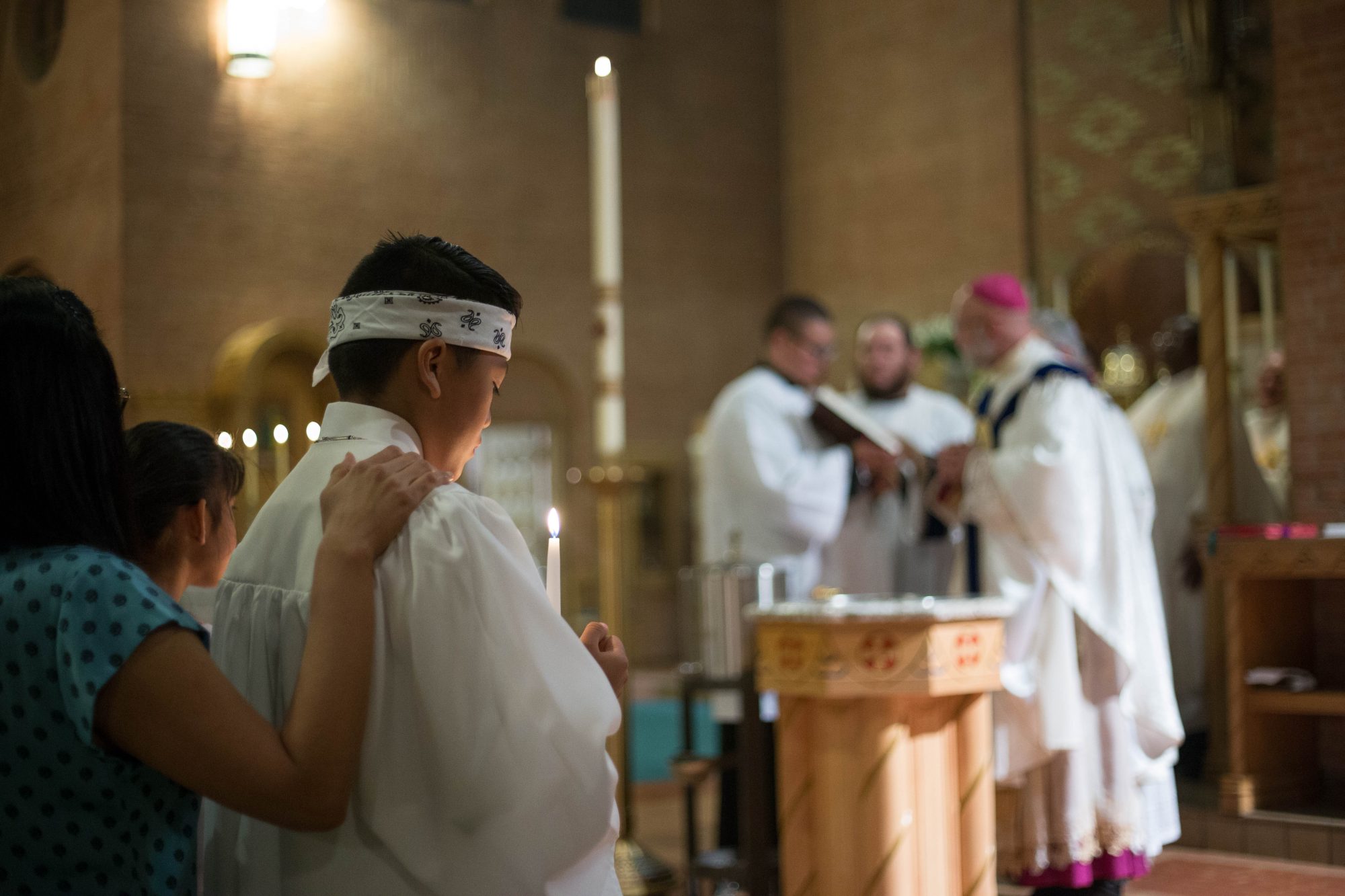 Below is the full transcript of Bishop James Wall’s homily given at the 2019 Easter Vigil Mass at Sacred Heart Cathedral, during which six new Catholics were baptized or brought into full communion with the Church.

Jesus, the crucified one, has been raised from the dead. He is risen. Bitter defeat has been transformed into irreversible victory. Evil has had its way with God’s Anointed…did all it could to break down the courage and fidelity of God’s anointed Savior. It exhausted its arsenal of hate, injustice, humiliation, and pain. It fought an oppressive, bloody fight, but as we know, God’s Anointed came out victorious.

And what does that mean for us? Friends, it means everything. Absolutely everything. The resurrection is the stamp that validates everything that Jesus did and said. His claim to be God’s Son, to have authority to forgive sin, and to reestablish communion between God and man, His universal call to abandon self-centeredness, where love of God and neighbor is the path to true happiness. His promise to give grace through a Church that will endure forever.

If Jesus had not been raised, all of this would have been in vain. He would have either been a “liar, a lunatic, or a madman”, to borrow a line from C.S. Lewis. But He is neither, because we know that He is Lord. And the proof of this is in His resurrection.

This is why whenever people stop living according to Christ’s teachings and example, they always raise doubts about the reality of the resurrection. After all, if Christ didn’t rise from the dead, He has no more authority over our lives than someone such as Socrates, or Confucius, or Buddha, or Muhammed. But we know – He did rise from the dead. His victory over evil and falsehood and injustice and suffering is total, undeniable, and irreversible.

In the face of 20 centuries filled with a steady stream of saints and unchecked growth of the Catholic Church, and an unquenchable Christian vitality, no reasonable person can deny this. 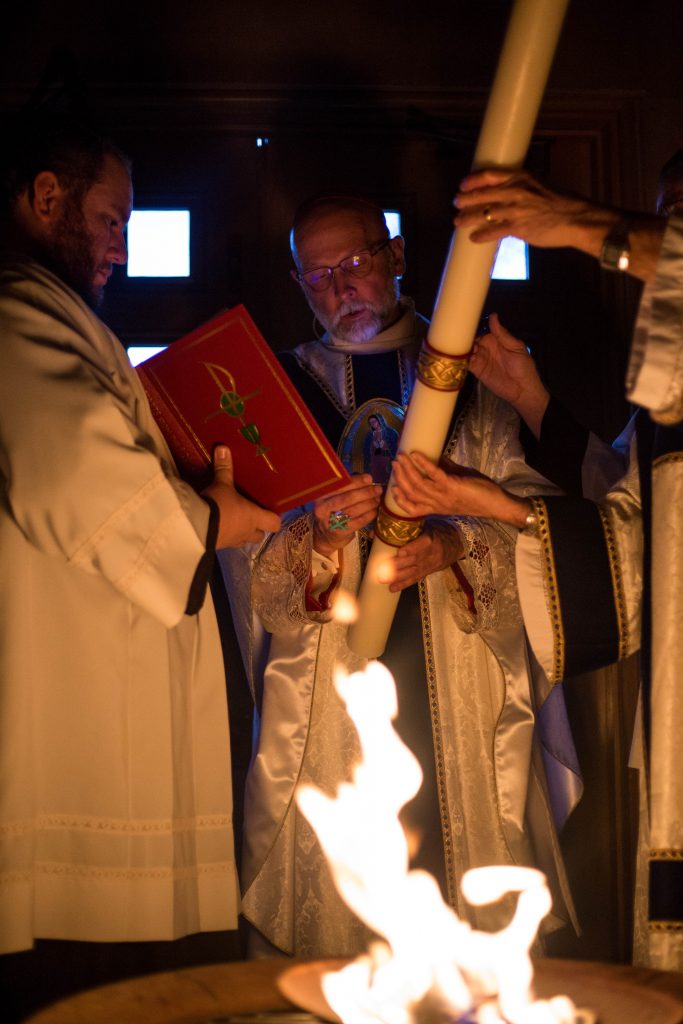 And that is why we enjoy Christ’s victory, thanking God for it and letting it illuminate our hearts. As Christians, we are on God’s team and we also know His victory is our victory. We bear our crosses with Him and we will rise with Him. We hear St. Paul say that this evening in the Epistle: “If then we have died with Christ, we believe that we should also live with Him.”

So this faith in the resurrection is like the flame of the Easter candle: a symbol of Christ. We experienced it this evening. We know it starts small, burning brightly in darkness. Then it spreads to another candle, and another. It reaches each one of us, and brings its light and warmth close to each one.

This evening, we bask in the light and enjoy its warmth. But the ceremony of the light – it never stops when our own candles have been lit. We always turn to someone around us whose candle is cold and dark, and we light it with the flame of our candle.

This evening, I thank God for each person who is here in this Cathedral church. Your presence is a “yes” to your faith in Christ and your faith in His resurrection, which is His victory over death. And yet, we know that many of our friends, neighbors, family members who are not here this evening, and might not be here tomorrow for the masses of the Easter day. They are looking for victory in places where victory can never be found.

The question is: who will light their candles?

As they shared the news of the resurrection, it was like passing the light of Christ to another person, who would turn [and do] the same, until the news of the Resurrection bathed the whole world with this good news.

This evening, let us bask in the light and thank God for His victory, but let us not stop there. Let’s promise our Lord that we will keep the faith of the candles lit, the candles that symbolize Christ’s victory.

And just like the infant Church, let us boldly proclaim His victory, His resurrection to the world. Let us proclaim, “He is risen! He is risen indeed.”