Suzanne Hammonshttp://dioceseofgallup.org
Suzanne Hammons is the editor of the Voice of the Southwest and the media coordinator for the Diocese of Gallup. A graduate of Benedictine College in Kansas, she joined the Diocesan staff in 2012.

St. Rose of Lima’s Fiesta is scheduled for Sunday, August 21, 2022, but the fun begins earlier!

Saturday, Fiesta Dance: $15.00 per person entry fee. Live band, food and drinks all included in the entrance price. Come join us in a fun evening of dancing and food.

Sunday, Mass at 10:00.: Immediately following Mass there will be a “Roast Beef” dinner prepared by Flora Sandoval. Meal tickets are Adults–$10.00 and Children–$5.00. There will be a silent auction and live auction following dinner. Children entertainment includes a cake walk, a bounce house and corn hole games.

Come out and enjoy bingo, food, a cake walk, raffles, and a cornhole tournament at the Cebolleta Land Grant Community Center from 11:00 am to 6:00 pm. Vespers will follow at the church at 7:00 pm and Mass at 10:00 am on Sunday. 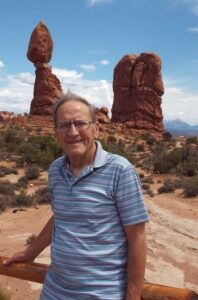 From Brother Ronald Hingle, Provincial: “It is with great sadness that I share the news with you that Brother Robert Lavoie passed peacefully into eternal life this morning, Saturday, August 13, 2022, at St. Clare Manor Nursing Home in Baton Rouge, LA.
“Bob returned from St. Anne’s Mission in Klagetoh, AZ, in March 2022 due to a health crisis. His pulse oxygen levels were low, and he was struggling to take in enough oxygen when he breathed. His doctors in Flagstaff placed Bob on oxygen 24/7 and told us he couldn’t fly. As you may remember reading in the April newsletter, Bob was brought by car from Flagstaff to Baton Rouge as quickly as possible so he could be treated by doctors closer to ‘home.’ Doctors initially indicated that Bob had pneumonia in his lungs, and treated him accordingly. It was ultimately determined that a condition similar to Cystic Fibrosis was developing in his lungs and he had several blocked vessels in his heart. Both were contributing to the poor oxygen levels and poor circulation throughout his body. Bob became quite weak, and doctors felt an operation was too risky. The most they could do was to keep him comfortable.
“Bob was moved to St. Clare Manor just a few short weeks ago and placed in hospice care. By the grace of God, he never suffered any pain.
“Bob’s body will be cremated. A Mass of Christian Burial will be held in Baton Rouge to celebrate Bob’s life and his contributions as a Brother of the Sacred Heart. His cremains will then be transported to New England where another Mass will be celebrated with his family and those who were close to him in the chapel at Pascoag. His cremains will be buried in the cemetery on the Pascoag grounds. The exact dates and times of these liturgies will be announced when the arrangements have been finalized.
“Eternal rest grant unto Bob, O Lord, and let the perpetual light shine upon him. May Bob’s soul and the souls of all the faithful departed, through the mercy of God, rest in peace. Amen.
“Let us beg the Lord to send us another Brother or two to take up the mission and ministry Bob faithfully lived during his 69 years of profession. Bob was 89 years old.”
From Brother Charles Schilling: “It is my sad duty to inform you of the passing into eternity of Brother Robert Lavoie, SC earlier this morning – August 13, 2022 – in Baton Rouge, Louisiana.
“Brother Robert was born in Fall River, Massachusetts on March 17, 1933. His final assignment in ministry as a Brother of the Sacred Heart was here at Saint Anne Mission, where he arrived on July 15, 2015. He lived in community and served here until declining health required him to move to Baton Rouge in early March of this year.
“In addition to light housekeeping duties, Robert would often supervise work projects with groups of student volunteers who periodically visit the Mission. His quiet competence and gentle demeanor be missed.
“May his soul and the souls of all the faithful departed, through the Mercy of God, rest in peace.” 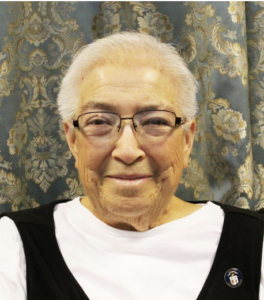 Sister Sara Marie was the epitome of hospitality and loved to share her southwestern cooking. She spent 36 years serving in New Mexico and was the last Ursuline Sister to serve there after 100 years of community educators. She earned a bachelor’s degree in special education from Brescia College in 1966, and a master’s degree in special education from Eastern Kentucky University in 1977.

Survivors include the members of her religious community; siblings Louie Gomez of Farmington, N.M., and Bart Gomez of Covington, La.; and nieces and nephews. She was preceded in death by her parents, Juan and Lila Gomez; and her siblings Juan Gomez III and Melesia Atchley.

Donations in memory of Sister Sara Marie may be addressed to the Ursuline Sisters of Mount Saint Joseph, 8001 Cummings Road, Maple Mount, KY 42356. 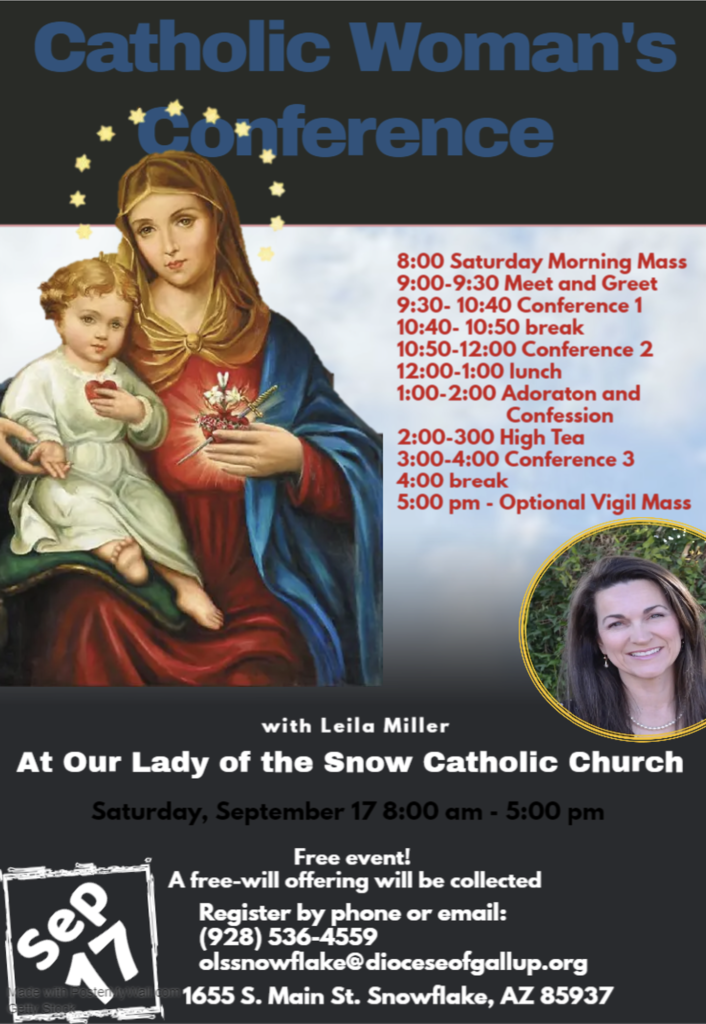 For more than two thousand years, three challenges have confronted the followers of Christ. They form the essence of Jesus’ life and teachings and have set the standard for holiness down through the centuries.

Over three nights at 7 p.m. — Sunday, Sept.18, Monday, Sept. 19 and Tuesday, Sept. 20 — Father Albert Haase, OFM, will lead Sacred Heart Parish in a parish mission entitled “The Three Challenges of Jesus.” In the mission, participants will explore how to trust and surrender when life is not going our way, how to forgive when hurts and grudges consume us and how to live an authentic Eucharistic life of self-giving love.

Ordained a Franciscan priest in 1983, Father Haase is a popular preacher, teacher and spiritual director. A former missionary to mainland China for over 11 years, he is the author of 13 books on popular spirituality and the presenter on five bestselling DVDs by Paraclete Press. He resides in San Antonio, Texas.

All are welcome to attend this parish mission. It is free of charge, though a free-will offering will be taken up on the final night of the parish mission. Confessions will be heard each night after Father Haase’s presentation.

For questions, or to find out more about a Virtual Encounter Weekend, feel free to contact:
Brenda & Gary Granger: 720-213-8833
Space is limited, so reserve your weekend early.

The Friday news roundup presents a quick overview of Catholic stories and events from around the Diocese of Gallup, United States, and world. Have a news tip or event to promote? Email [email protected], call 505-863-4406 or mail us at PO Box 1338, Gallup NM 87305.

‘The most prevalent opinions and stereotypes of aging were proven wrong.’

Catholic College With Focus on Humanities, Trades to Open in Gallup

“I find myself really blessed”: Fr. Blane Grein Celebrates 60 Years as a Franciscan

“I find myself really blessed”: Fr. Blane Grein Celebrates 60 Years as a Franciscan