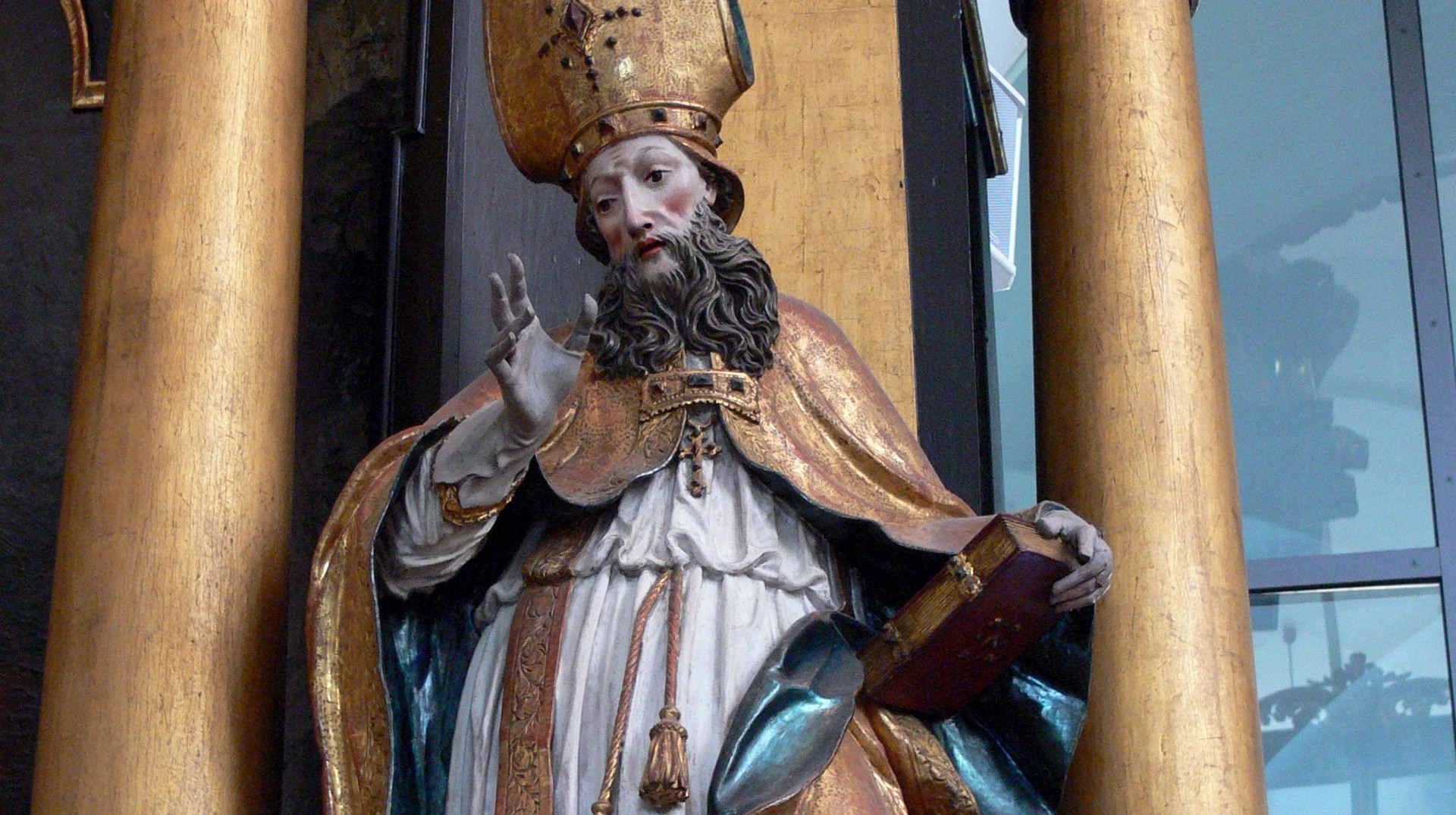 Also known as “Athanasius of the West” and “the Doctor of Divinity of Christ”, this saint was one of the most esteemed theologians of his day. Hilary was born in Poitiers, Aquitaine, in what is now southwestern France. His family was noble and wealthy, though pagan. After studying rhetoric and philosophy, he married and had a daughter, Abra who also is counted among the saints.

Hilary was already in middle life when he converted to Christianity through his reading of the Bible, especially the Prologue to St. John’s Gospel. This married man and father of one daughter later became a gifted interpreter of the Psalms and the Gospel according to St. Matthew. Twenty-first-century readers may lift an eyebrow when they learn that Hilary, a married man with a daughter, was acclaimed bishop of Poitiers, France, in 353. But at that time, while bishops were normally selected from among the priests, an outstanding layman was sometimes chosen by popular demand. Hilary proved himself an excellent choice. Not only did he administer his diocese well, but also he emerged in the West as the chief opponent of Arianism, a heresy that denied the divinity of Jesus.

Arianism had been embraced by Emperor Constantine II, who had compelled the Eastern churches to embrace the creed. In 355, Constantine called a synod in Milan to further its spread in the West as well. In response, Hilary wrote his “First Book to Constantius,” begging Constantine II to restore peace to the Church. However, the following year, he was condemned by a synod at Béziers, and Constantine II banished him to Phrygia, in Asia Minor.

Hilary used his exile for studying and writing. To this period belongs his most celebrated work, “De Trinitate,” 12 books arguing the consubstantiality of the Father, Son and Holy Spirit, intended to refute Arianism. He proved to be such an effective apologist of orthodox Christianity that Arian bishops, fearing his influence in the East, pressured Constantine to return him to his see in 360.

So renowned was Hilary that the spring term at English courts of law and at Oxford University is named the “Hilary term” in his honor. Hilary continued to battle for orthodoxy until his death in Poitiers around 368.

Opening Prayer for Mass: “All-powerful God, as St. Hilary defended the divinity of Christ your Son, give us a deeper understanding of this mystery and help us to profess it in all truth.”