“Terror of Demons”: The Significance of the Year of St. Joseph

Saint Joseph is known for many virtues. His Litany provides a succinct list of them: purity, chastity, fatherhood, dignified labor, and more. Among these is one virtue and title for which Saint Joseph is perhaps lesser known: “Terror of demons.” In modern times, this title may come as a shock. To faithful Catholics, it may be a bit confusing, given that not even Mary is given this title in Her litany. Then again, given all that has happened this year, it may come as a consolation. Whatever the case, in this newly proclaimed year of Saint Joseph (December 8, 2020—December 8, 2021), this title may well help us all to understand his particular patronage over the universal Church as well as his personal protection for all of us.

Let us begin with an examination of what this particular title of Saint Joseph means. If we were to consider Saint Joseph in his familial context, we see him with Jesus and Mary. Immediately, we can recognize how “Terror of demons” would apply to them: they were sinless and so the demons had no real power over them. Sure, they could and did tempt Jesus and Mary, but ultimately, they would be defeated by these two perfect people. We see this played out in Scripture. Saint Joseph, however, was not perfect like them: he was neither God nor immaculately conceived. And yet, as a member of the Holy Family, as the foster father of the Incarnate Son of God, and as the chaste spouse of the Immaculate Virgin, he too knew holiness. Some saints and theologians, like Saint Alphonsus Liguori, have even argued that Saint Joseph was born (not conceived) without sin, and even that he never sinned in his life, all as special graces given to him as the earthly father of Jesus.

For these reasons, Saint Joseph is considered terrifying to the demons: even though he was not God like Jesus, and even though he was not conceived without sin like Mary, he was still beyond the demonic powers. A mere human, one affected by original sin, was still beyond their grasp. God had so sanctified him that he was able to withstand their attacks, and this makes Joseph terrifying to those evil spirits who wish to devour souls in sin. This was particularly important for him as he fulfilled his important mission as head of the Holy Household, and remains so as he protects the household of God which is the Church.

It is interesting to note, then, that since Blessed Pius IX declared Saint Joseph the Patron and Protector of the Universal Church in 1870, the Church has not ceased to be persecuted and tried in one form or another. Such trials were in fact one of the reasons that Blessed Pius took the step to elevate Saint Joseph to such a lofty patronage:

And now therefore, when in these most troublesome times the Church is beset by enemies on every side, and is weighed down by calamities so heavy that ungodly men assert that the gates of hell have at length prevailed against her, the venerable prelates of the whole Catholic world have presented to the Sovereign Pontiff their own petitions and those of the faithful committed to their charge, praying that he would deign to constitute St. Joseph Patron of the Church. (The Sacred Congregation of Rites, Quemadmodum Deus, December 8, 1870)

Just a few years later, Leo XIII would take up his pen to write once again about devotion to Saint Joseph during his own time of ecclesial and social distress. What he wrote over a century ago still rings true today:

Now, Venerable Brethren, you know the times in which we live; they are scarcely less deplorable for the Christian religion than the worst days, which in time past were most full of misery to the Church. We see faith, the root of all the Christian virtues, lessening in many souls; we see charity growing cold; the young generation daily growing in depravity of morals and views; the Church of Jesus Christ attacked on every side by open force or by craft; a relentless war waged against the Sovereign Pontiff; and the very foundations of religion undermined with a boldness which waxes daily in intensity. (Leo XIII, Quamquam pluries, August 15, 1889, n. 1)

What these holy pontiffs knew well was that Saint Joseph was there to protect the Church in Her struggles, just as he protected the Christ Child from Herod and the Blessed Virgin from shame. Today too, as the Church undergoes Her latest share in the Passion of Christ, Saint Joseph is lauded once again as our Holy Patron and Protector. This has taken the form of a “Year of Saint Joseph,” which Pope Francis began on December 8, 2020, the Solemnity of the Immaculate Conception.

By doing this, Pope Francis has taken cues from his predecessors and lifted Saint Joseph up as a model, example, and aid in this distressing time wherein the Church finds Herself attacked and betrayed, even by those on the inside. He shines forth again as the “Terror of demons,” ready to protect the Bride of Christ from the evil spirits who wish to bring harm to Christ’s faithful. We would all do well in these days to turn to Saint Joseph ever more, praying along with yet another saintly pontiff who had a great devotion to Saint Joseph:

Always be our protector. May thy inner spirit of peace, of silence, of good work, and of prayer for the cause of Holy Church always be an inspiration to us and bring us joy in union with thy blessed spouse, our most sweet and gentle and Immaculate Mother, and in the strong yet tender love of Jesus, the glorious and immortal King of all ages and peoples. Amen. (Saint John XXIII, Le Voci, March 19, 1961) 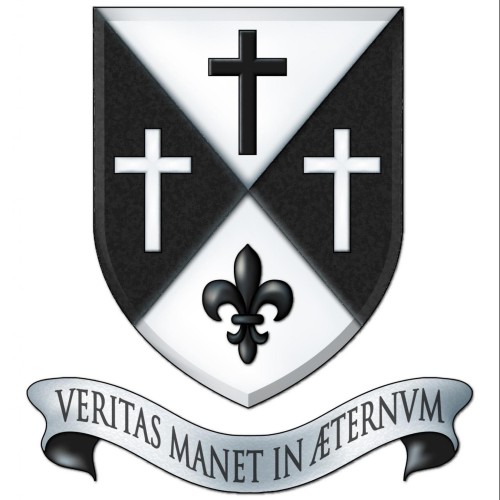 A quick overview of what's happening in the Diocese.

At his canonization in October 2010, Pope Benedict XVI said that Saint André “lived the beatitude of the pure of heart.”

In his passion for spreading the gospel, in his simple obedience, in his humble disregard for himself, the saint was a near perfect imitation of Christ.

For the first time in sixty years, St. Francis of Assisi Parish in Gallup, NM, will no longer be run by Franciscans.

A quick overview of what's happening in the Diocese.
Saints for Today

At his canonization in October 2010, Pope Benedict XVI said that Saint André “lived the beatitude of the pure of heart.”
Saints for Today

In his passion for spreading the gospel, in his simple obedience, in his humble disregard for himself, the saint was a near perfect imitation of Christ.
News