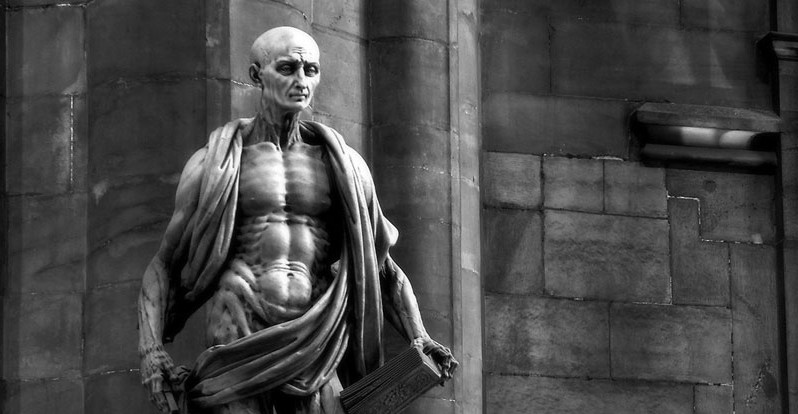 Philip, an Apostle introduced Bartholomew, also known as Nathanael, to the Lord. When told that the Messiah had arrived and that he was Jesus of Nazareth, Bartholomew’s response was, “Can anything good come from Nazareth?” which prompted Jesus to say, “This man has no guile” (John 1:47); In other words, he speaks his mind.

Bartholomew is mentioned among the disciples who met together in prayer after Christ’s ascension, and he received the Holy Spirit with the rest. Being eminently qualified by the divine grace to discharge the functions of an Apostle, he carried the Gospel through the most barbarous countries of the East, penetrating into the remoter Indies.

Bartholomew traveled into the northwest part of Asia, and met St. Philip, at Hierapolis, in Phrygia. He went to Lycaonia, where he instructed the people in the Christian faith. Bartholomew is said to have preached in Armenia as well, where he may have left behind a copy of the Gospel of St. Matthew. Tradition says that in India, he defeated demons that had encouraged the people in idol worship. He converted the local king Polemius and his family. This action enraged the king’s brother, Astrages, who captured Bartholomew and ordered him to be flayed alive and then beheaded.

The remains of Bartholomew were eventually transferred to two churches in Italy: Benevento and the Church of St. Bartholomew-in-the-Tiber in Rome. The saint’s main symbol consists of three knives representing his gruesome death. Michelangelo shows Bartholomew holding his own flayed skin in “The Last Judgement” in the Sistine Chapel, Vatican City.