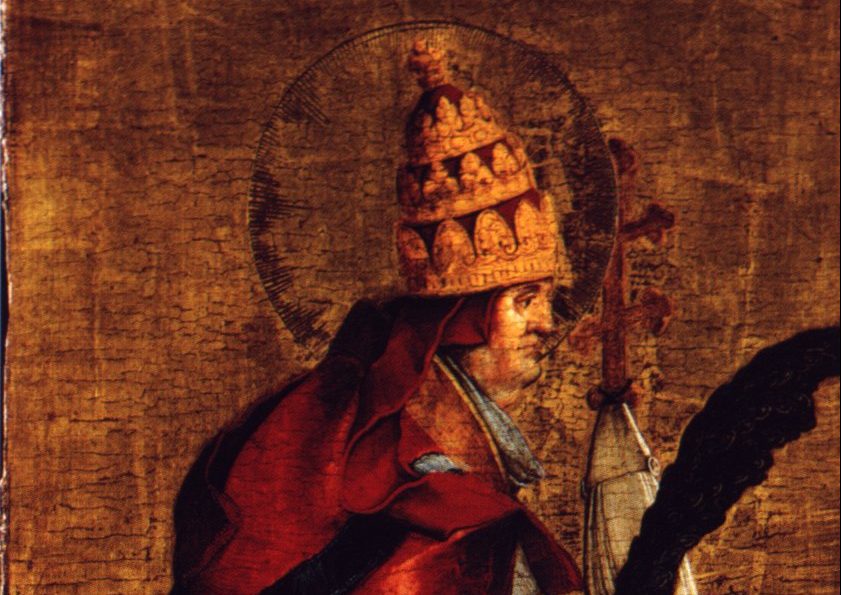 Cornelius is an example of a saint whose patronage is based on his name, combined with some confused iconography. The name Cornelius comes from the Latin word for “horn,” such as a bull or ram’s horn. In art, St. Cornelius is usually shown holding a horn, although more often than not it’s a curved brass horn, the type used in the Middle Ages to rally troops in battle. As it happens, these war horns look almost exactly like the ear trumpets or ear horns that hard-of-hearing people once used to amplify sounds. And so St. Cornelius has become the patron saint of those with hearing trouble.

Cornelius belonged to one of the most distinguished patrician families in Rome. He was a priest in the Church of Rome when he was chosen to succeed Pope Fabian. In 251, when he was elected pope, the Church in Rome was in disarray. Christians had just endured an especially violent period of persecution under the late emperor Decius. Across the realm were Christians who had abandoned their faith and sacrificed to the pagan gods, because of either torture or fear of a terrible death.

The main issue facing Cornelius was the treatment of Christians who had denied their faith during the persecutions. He supported St. Cyprian, bishop of Carthage, whose council provided for the restoration of Communion after various forms of penance, against Novatian, a Roman priest who asserted that the apostates should not be pardoned.

A faction within the Church insisted the lapsed Christians should never be permitted to return, but Pope Cornelius took a more lenient view. He rebuked the harshness of those who maintained that the lapsi (lapsed Christians) were unforgivable. Arguing that for sincere penitents God’s forgiveness had no limit, Cornelius declared that those who wished to return to the faith would be welcomed back after performing a proper penance.

Cornelius’s pontificate was short. In 252 a plague broke out in Rome, and the pagans blamed the Christians. Cornelius was seized and exiled to Civitavecchia, where he was so badly mistreated that he died in 253. Although his death was not violent, the Roman Christians venerated him as a martyr because of the sufferings he’d endured in exile.

St. Cornelius’s original tombstone can still be found in the catacomb of San Callisto, outside Rome. It reads simply, “Cornelius, Martyr.”