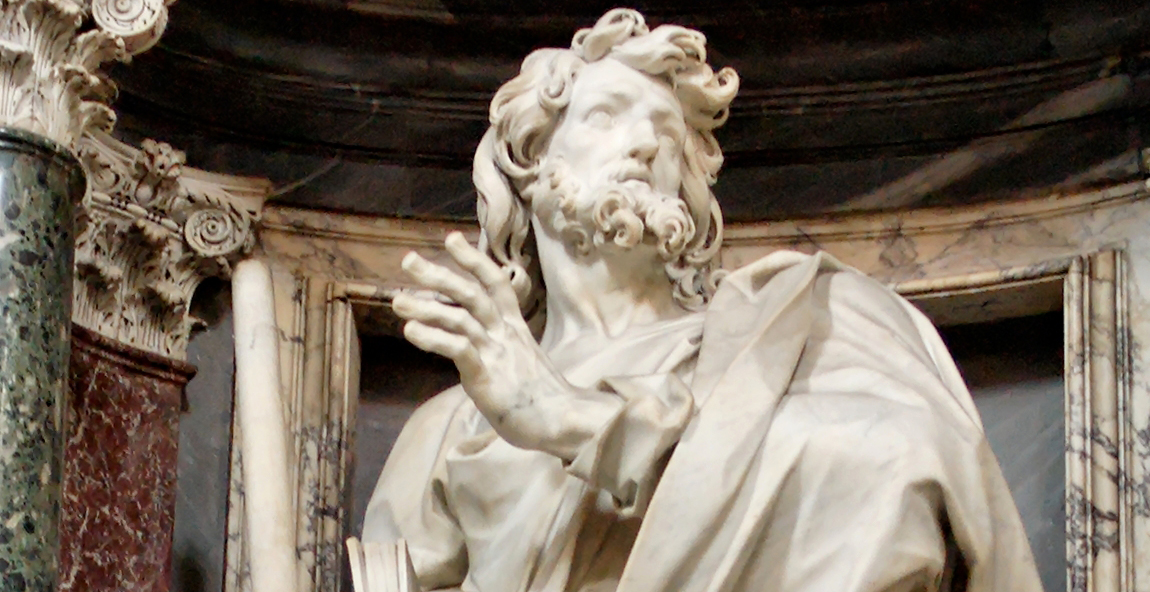 Saint James called “the Younger” or “the Less,” was the son of Alphaeus of Cleophas. His mother Mary was either a sister or a close relative of the Blessed Virgin, and for that reason, according to Jewish custom, he was sometimes called the brother of the Lord.

According to Mark (15:40), James stood with the woman Mary (called “the mother of James” by Mark, 16:1) and Mary Magdalene at the crucifixion. There is little mention of James during Jesus’ ministry. But after the Crucifixion and Resurrection, this James communicated closely with Jesus before his Ascension into heaven.

The Apostle held a distinguished position in the early Christian community of Jerusalem. James is also a “pillar” of the Church, whom Saint Paul relied on his leadership and consulted about the Gospel. James supported Paul in the call to accept Gentiles as Christians without demanding these converts be circumcised, which caused much controversy among the Apostles. As men brought up in the Jewish tradition, they tended to regard circumcision as an important symbol of faith. Yet as new Christians, this symbol of faith then took on a totally different meaning not only for the Apostles, but for all the converted Jewish people.

According to tradition, James was the first Bishop of Jerusalem, and was at the Council of Jerusalem about the year 50. He has always been recognized as the author of the Epistle that bears his name. Internal evidence based on the language, style, and teaching of the Epistle reveals its author as a Jew familiar with the Old Testament, and a Christian thoroughly grounded in the teachings of the Gospel. External evidence from the early Fathers and Councils of the Church confirmed its authenticity and canonicity.

The historians Eusebius and Hegesippus relayed that James was martyred for the Faith by the Jews in the spring of the year 62, even though they greatly esteemed James and had given him the surname of “James the Just.” James was stoned or possibly clubbed to death. Another version says James was thrown from a temple top, but as he lay dying, he forgave his tormentors. Even Jewish leaders of the time believed the city faced calamity after the death of this Apostle.

In liturgical art, James is depicted holding a book or a club. He is often linked with the Apostle Philip, and many churches are dedicated to “Philip and James.”

“Consider it all joy, my brothers, when you encounter various trials, for you know that the testing of your faith produces perseverance. And let perseverance be perfect, so that you may be perfect and complete, lacking in nothing.”—James 2-4 (NAB)