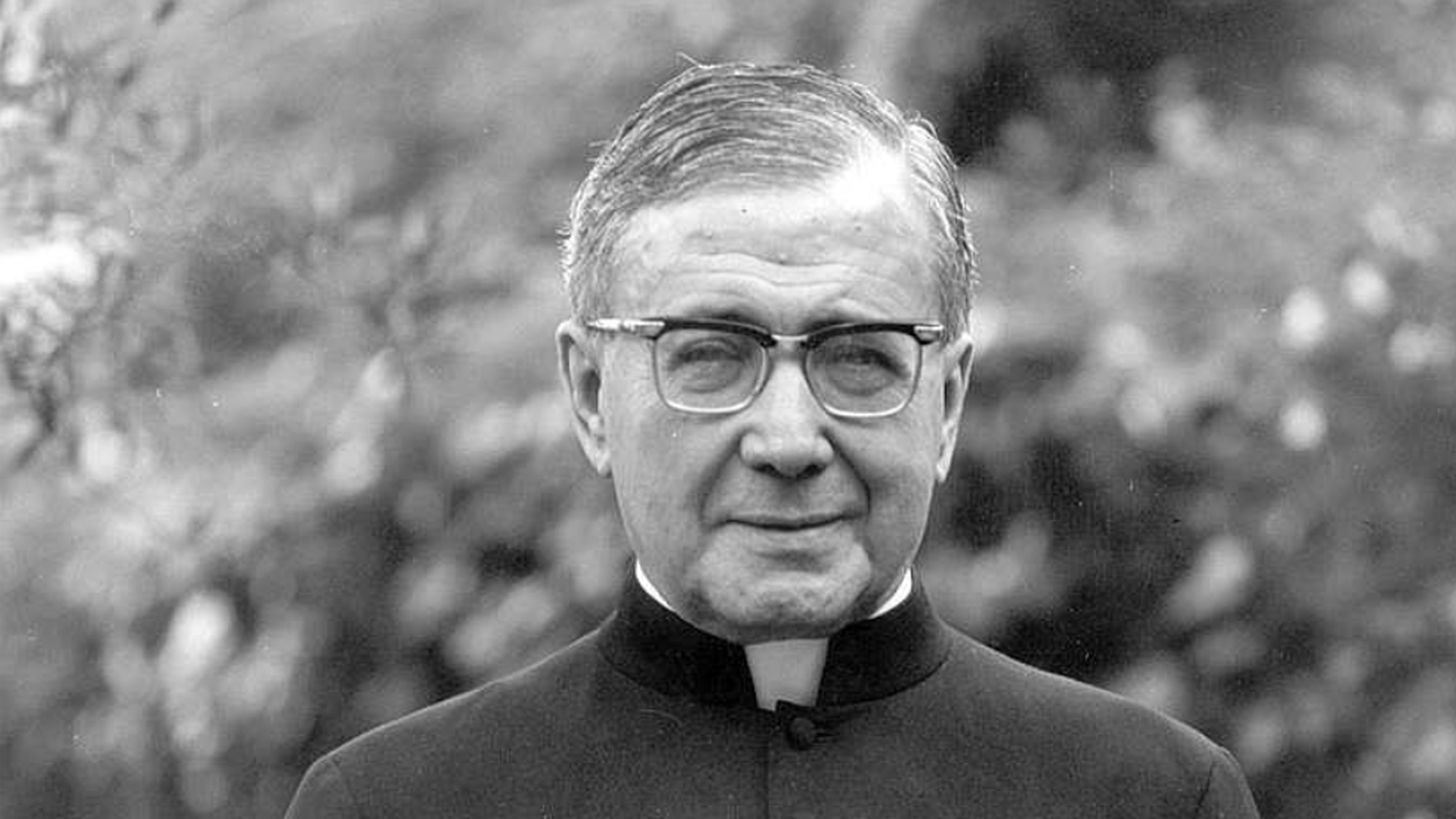 By the time he was 15, Josemaria had seen three of his sisters die as children and his father go through bankruptcy. Feeling called by God to the priesthood, and after seeing a monk’s bare footprints in the snow, Josemaria entered Logrono seminary and continued at the seminary in Saragossa where he was ordained a priest in 1925.

Escriva was an enormously influential Aragonese doctor of law and theology who studied in Madrid and Rome after his ordination. While a parish priest, he discerned the Lord calling him further, and he founded Opus Dei, Latin for “work of God.” Nearly 35 years before the Second Vatican Council would even use the phrase “universal call to holiness,” Josemaria conceptualized it and founded Opus Dei as a means by which ordinary Catholic Christians could sanctify their entire lives by sanctifying their daily work.

Josemaria was forced into hiding during the Spanish Civil War due to the anti-clerical tendencies of the popular Front government, and he supported Franco’s Nationalists. He first developed the idea of Opus Dei in 1928. His vision was to fully incorporate the laity into the activities of the Church through the sanctification of their secular work. His thought, one’s personal holiness isn’t solely contingent on how much time one spends in a holy place, but rather on how much of the daily work is consecrated to God. While daily prayer is absolutely essential, so is making your daily work a “prayer.” Josemaria discovered that if you do your best at whatever your regular job entails and dedicate your best effort to God, then that work is made holy.

He formally founded the Priestly Society of the Holy Cross, linked to Opus Dei, in 1943, and moved to Rome in 1946, where the movement was given papal approval in 1950. Much criticized, but supported by the highest ranks of the Catholic Church, Escriva pursued his vision unswervingly, organizing conferences and workshops, encouraging vocations to the priesthood, and writing. His publications include the epigrammatic “The Way,” which has sold over five million copies in 43 languages. Opus Dei now has over 80,000 members worldwide, while Escriva’s overall book sales has topped eight million.

Josemaria Escriva was a very temperate man. He practiced moderation in his work and in his play (leisure and recreation). He balanced work with rest. Temperance taught him the value of moderation in pleasures so as not to abuse himself or others. Many miracles have been attributed to his intercession since his death. In 2002, Josemaria Escriva was canonized a saint by Pope John Paul II in the presence of over 300,000 people from around the world.