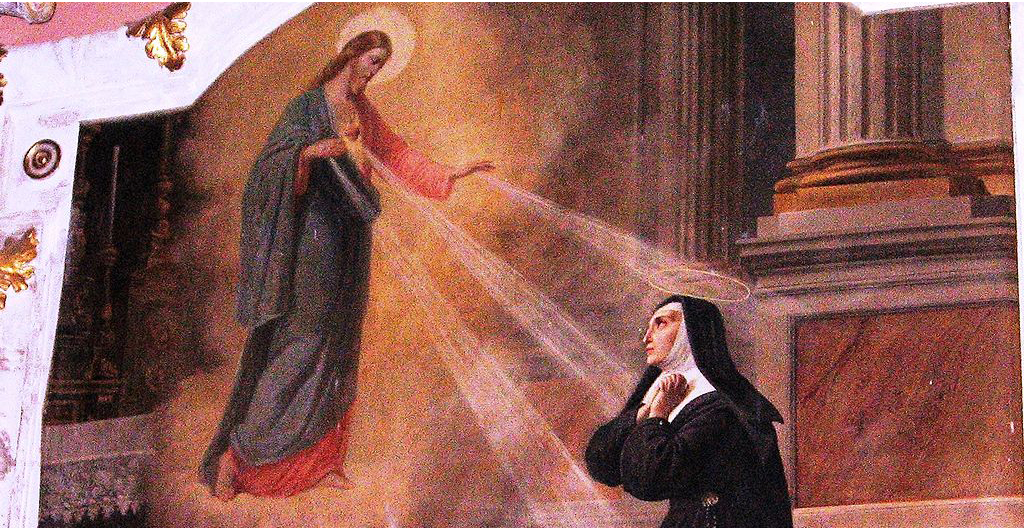 Margaret Mary was born into a middle class family in Burgundy, France. Her father died when she was nine years old and she was badly treated in the family of an uncle who took her in. At the age of twenty-four, she entered the monastery of the Visitation nuns. There she suffered greatly because of health problems but she was encouraged by the Lord to make profession. She began having visions in which Christ showed her his heart in flames—a sign of his burning love for the souls that He had ransomed with his sacrifice on the Cross. Christ informed Margaret Mary that He had chosen her to institute a devotion to his Sacred Heart.

In June of 1675, Jesus asked that the first Friday after the feat of Corpus Christi be dedicated to his Sacred Heart, together with the reception of Communion and acts of reparation. By her own love, she was to make up of the coldness and ingratitude of the world—by frequent and loving Holy Communion, especially on the first Friday of each month, and by an hour’s vigil of prayer every Thursday night in memory of his agony and isolation in Gethsemane.

When her superiors were unwilling to cooperate, Margaret Mary received support and guidance from her new confessor the Jesuit, Claude de la Colombiere who recognized her genuineness. Nevertheless, she still had to suffer more when the Lord instructed her to go contrary to her own Visitation community.

Like all saints, Margaret had to pay for her gift of holiness. Some of her own sisters were hostile. Theologians who were called in declared her visions delusions and suggested that she eat more heartily. Later, parents of children she taught called her an impostor, an unorthodox innovator.

Finally, however, a friend of hers became superior and selected Sister Margaret Mary as an assistant and as a mistress of novices. Thus, the feast of the Sacred Heart was celebrated in the convent for the first time.

St. Margaret Mary left an indelible mark on the Church by introducing one of our most familiar devotions: the Sacred Heart of Jesus. She was chosen by Christ to arouse the church to a realization of the love of God symbolized by the heart of Jesus. She had been prepared for her mission by much suffering and contradiction in the various stages of her life. It was only when Father Colombiere’s book, “Spiritual Retreat,” was read in the refectory in 1684 that the community accepted the messages from the Sacred Heart. In 1689, Margaret Mary was pleased to know support from another Jesuit, Father John Croiset, was promulgating devotion to the Sacred Heart.