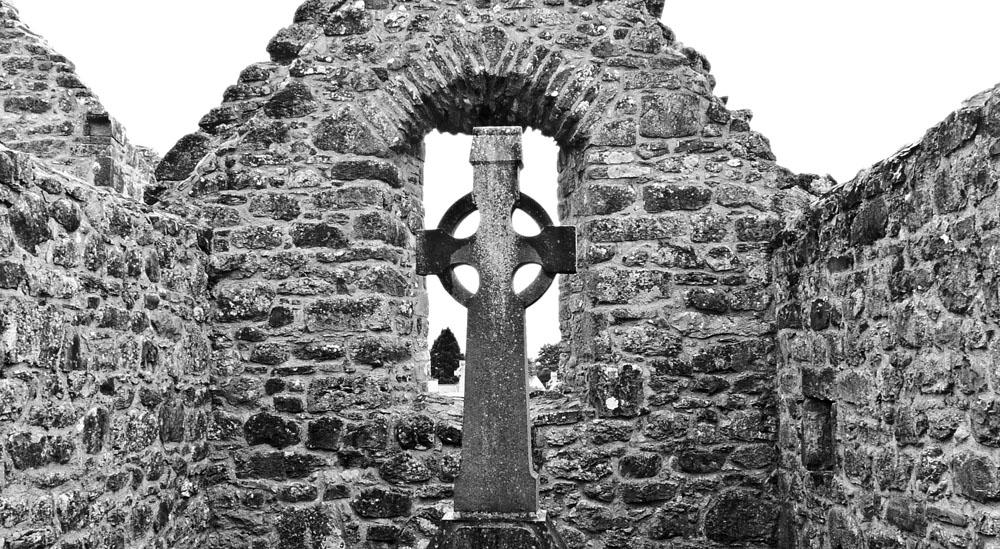 The Christianization of Celtic Ireland, an island never colonized by Rome, is generally assumed to have been the work of St. Patrick. Patrick is not merely the patron saint of Ireland alongside Sts. Columba and Brigid, but is perhaps the best known of all such national patron saints, his fame exported around the world by generations of Irish migrants. As with many Dark Age saints, historical truth, where it is known at all, is embroidered with more or less fantastical later legends. In St. Patrick’s case, the two most enduring such legends were his use of a shamrock—subsequently the country’s national symbol—to illustrate the three-in-one nature of the Trinity, and his expulsion of snakes, obvious symbols of evil, from Ireland, though in reality they had never existed there at all.

Patrick was born in Britain, possibly in Wales and captured in his early teens by pirates, sold into slavery, then taken to Ireland where he was enslaved for six years. During that time, he grew to like the spirit of the Irish, he learned the Celtic language, and was converted to the Catholic faith. When he escaped and returned to his family, he vowed to one day return to Ireland.

Thereafter, Patrick studied at monasteries and was eventually ordained a priest and then a bishop. Pope Celestine I commissioned Patrick to be an apostle to Ireland where he converted some of the indigenous chieftains and was very successful in adapting the gospel to the Irish culture. Ireland is the only country in Western Europe in which the Church was established without martyrdom.

Patrick traveled from town to town, tearing down pagan idols and temples in establishing the Catholic Church. He baptized, confirmed, and ordained priests, and he erected schools and monasteries. Thousands came into the Church under his direction. He accomplished all these activities in less than 30 years, during which time the whole island nation of Ireland was converted to Christianity. Toward the end of his life, he wrote “The Confession,” in which he gives a record of his life and mission.

In his Confession, which was written to defend himself against calumny and false accusations, he wrote: “How did so great and salutary a gift come to me, the gift of knowing and loving God, though at the cost of homeland and family? I came to the Irish peoples to preach the gospel and endure the taunts of unbelievers, putting up with reproaches about my earthly pilgrimage, suffering many persecutions, even bondage, and losing my birthright of freedom, for the benefit of others.”

Patrick died at the age of 76 of natural causes and is buried in Downpatrick in present-day Northern Ireland. He is by far one of the most revered saints in the Catholic Church and beyond. The famous prayer, “St. Patrick’s Breastplate,” is attributed to him. And like St. Patrick, we should be grateful for our Christian heritage and strive to share with others the joy of our faith.